After its public debut a couple of months ago, Spotify has launched a slimmed down app for India. The Android-only app, Spotify Lite is only 11 MB in size compared with 30 MB for the main app. Many companies are launching “lite” apps for emerging markets where bandwidth and storage space are concerns.

Spotify has also tested its lite app in many other areas including Indonesia, Philippines, Malaysia, Mexico, Brazil, and others. The lite app has similar features to that of the main app. You can play music on demand, discover new music you might like, and save songs for offline listening.  It also lets you keep track of your mobile data by showing you how much you’ve consumed during the month, and set a monthly limit for Spotify Lite’s use of that data.

The first version of this app came out in Brazil in June 2018. Now, it is available in 22 countries including India. It has around 2.1 million installs, according to data from Sensor Tower.

Download Spotify Lite by clicking on the button below. 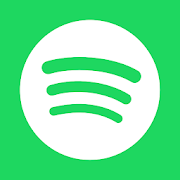 Karthik Mudaliar is a BCA student, who loves to write about science and technology. Feel free to contact him on Twitter @karthikmudalia5 or email him at karthikmudaliar@onetechstop.net