Microsoft has released the first update of this year for OneNote for Andriod. The update integrates Office lens into the app and also brings features from beta branch over to public one.

Office lens is a utility app by Microsoft which lets you scan, edit documents and convert them into digital format. With this update you will be able to use it directly in the OneNote app. This update also adds press and hold pop-up menu for OneNote icon, which was released back in December for OneNote beta for devices running on Android Nougat.

You can get the app from below: 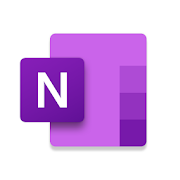