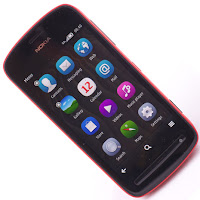 The guys at AAS (AllAboutSymbian) are reporting that the Nokia 808 has received its first firmware update, its now v112.020.0310.

Though there’s no official change-log from Nokia, they did notice the following changes…

According to AAS: “Annoyingly for 808 owners, the longstanding limitations in the rewritten Gallery app (for the 808’s unique image processor and image sizes) haven’t been addressed – there’s no support for landscape mode still and very little organisation or informational functions. Here’s hoping Nokia compiles in the usual Belle FP1 Gallery functions sooner rather than later.”

With all the Windows Phone 8 buzz going on in the past 24hours, at least it is good to know the Symbian devices haven’t been forgotten